One of Grab’s more popular caching solutions is Redis (often in the flavour of the misleadingly named ElastiCache 1), and for most cases, it works. Except for that time it didn’t. Follow our story as we investigate how Redis deals with consistency on key expiration.

A recent problem we had with our ElastiCache Redis involving our Unicorn API, was that we were serving unusually outdated Unicorns to our clients. 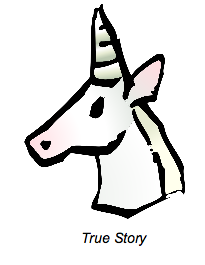 Unicorns are in popular demand and change infrequently, and as a result, Grab Unicorns are cached at almost every service level. Unfortunately, consumers typically like having shiny new unicorns as soon as they are spotted, so we had to make sure we bound our Unicorn change propagation time. In this particular case, we found that apart from the usual minuscule DB replication lag, a region-specific change in Unicorns took up to 60 minutes to reach our consumers.

Considering that our Common Data Service (CDS) server cache (5 minutes), CDS client cache (1 minute), Grab API cache (5 minutes), and mobile cache (varies, but insignificant) together accounted for at most ~11 minutes of Unicorn change propagation time, this was a rather perplexing find. (Also, we should really consider an inter-service cache invalidation strategy for this 2.)

How We Cache Unicorns at the API Level

Subsequently, we investigated why the Unicorns returned from the API were up to 45 minutes stale, as tested on production. Before we share our findings, let’s go through a quick overview of what the Unicorn API’s ElastiCache Redis looks like.

We have a master node used exclusively for writes, and 2 read-only slaves 3. This is also a good time to mention that we use Redis 2.x as ElastiCache support for 3.x was only added in October 2016.

As Unicorns are region-specific, we were caching Unicorns based on locations, and consequently, have a rather large number of keys in this Redis (~5594518 at the time). This is also why we encountered cases where different parts of the same city inexplicably had different Unicorns.

As part of our investigation, we tried monitoring the TTLs (Time To Live) on some keys in the Redis.

Steps (on the master node):

Steps (on a slave node):

This finding, together with the fact that we don’t read from the master branch, explained how we ended up with Unicorn ghosts, but not why.

To understand this better, we needed to RTFM. More precisely, we need two key pieces of information.

How EXPIREs are Managed Between Master and Slave Nodes on Redis 2.x

To “maintain consistency”, slaves aren’t allowed to expire keys unless they receive a DEL from the master branch, even if they know the key is expired. The only exception is when a slave becomes master 4. So basically, if the master doesn’t send a DEL to the slave, the key (which might have been set with a TTL using the Redis API contract), is not guaranteed to respect the TTL it was set with. This is when you scale to have read slaves, which, apparently, is a shocking requirement in production systems.

Since every key needs to be deleted on master first, and some of our keys were expired correctly, there had to be a “passive” manner in which Redis was deleting expired keys that didn’t involve an explicit GET command from the client. The manual 5:

Redis keys are expired in two ways: a passive way, and an active way.

A key is passively expired simply when some client tries to access it, and the key is found to be timed out.

Of course this is not enough as there are expired keys that will never be accessed again. These keys should be expired anyway, so periodically Redis tests a few keys at random among keys with an expire set. All the keys that are already expired are deleted from the keyspace.

Specifically this is what Redis does 10 times per second:

This is a trivial probabilistic algorithm, basically the assumption is that our sample is representative of the whole key space, and we continue to expire until the percentage of keys that are likely to be expired is under 25%.

This means that at any given moment the maximum amount of keys already expired that are using memory is at max equal to max amount of write operations per second divided by 4.

So that’s 200 keys tested for expiry each second on the master branch, and about 25% of your keys on the slaves guaranteed to be serving dead Unicorns, because they didn’t get the memo.

While 200 keys might be enough to make it through a hackathon project blazingly fast, it certainly isn’t fast enough at our scale, to expire 25% of our 5594518 keys in time for Unicorn updates.

Number of expired keys for next iteration =

Number of expired keys at the end of iteration k:

So to have fewer than 1 expired key,

Assuming we started with 25% keys expired, we plug in:

We obtain a value of k around 3958395. Since this is repeated 10 times a second, it would take roughly 110 hours to achieve this (as ek is a decreasing function of k).

At our scale, and assuming >25% expired keys at the beginning of time, it would take at least 110 hours to guarantee no expired keys in our cache.

Many thanks to Althaf Hameez, Ryan Law, Nguyen Qui Hieu, Yu Zezhou and Ivan Poon who reviewed drafts and waited patiently for it to be published.