At Grab, the scale and fast-moving nature of our business means we need to be vigilant about potential risks to our consumers and to our business. Some of the things we watch for include promotion abuse, or passenger safety on late-night ride allocations. To overcome these issues, the TIS (Trust/Identity/Safety) task force was formed with a group of AI developers dedicated to fraud detection and prevention.

The team’s mission is:

The TIS team’s scope covers not just transport, but also our food, deliver and other Grab verticals.

How We Prevented Fraudulent Transactions in the Earlier Days

In our early days when Grab was smaller, we used a rules-based approach to block potentially fraudulent transactions. Rules are like boolean conditions that determines if the result will be true or false. These rules were very effective in mitigating fraud risk, and we used to create them manually in the code.

We started with very simple rules. For example:

To quickly incorporate rules in our app or service, we integrated them in our backend service code and deployed our service frequently to use the latest rules.

It worked really well in the beginning. Our logic was relatively simple, and only one developer managed the changes regularly. It was very lightweight to trigger the rule deployment and enforce the rules.

However, as the business rapidly expanded, we had to exponentially increase the rule complexity. For example, consider these two new rules:

The system scans through the rules, one by one, and if it determines that any rule is tripped it will check the other rules. In the example above, if a credit card has been declined more than twice in the last 3-months, the passenger will not be allowed to book even though he has a good booking history.

Though all rules follow a similar pattern, there are subtle differences in the logic and they enable different decisions. Maintaining these complex rules was getting harder and harder.

Now imagine we added more rules as shown in the example below. We first check if the device used by the passenger is a high-risk one. e.g using an emulator for booking. If not, we then check the payment method to evaluate the risk (e.g. any declined booking from the credit card), and then make a decision on whether this booking should be precharged or not. If passenger is using a low-risk  device but is in some risky location where we traditionally see a lot of fraud bookings, we would then run some further checks about the passenger booking history to decide if a pre-charge is also needed.

Now consider that instead of a single passenger, we have thousands of passengers. Each of these passengers can have a large number of rules for review. While not impossible to do, it can be difficult and time-consuming, and it gets exponentially more difficult the more rules you have to take into consideration. Time has to be spent carefully curating these rules.

The more rules you add to increase accuracy, the more difficult it becomes to take them all into consideration.

Our rules were getting 10X more complicated than the example shown above. Consequently, developers had to spend long hours understanding the logic of our rules, and also be very careful to avoid any interference with new rules.

In the beginning, we implemented rules through a three-step process:

Sometimes, the use of English between steps 2 and 3 caused inaccurate rule implementation (e.g. for “X should be limited to 5”, should the implementation be X < 5 or  X <= 5?)

Once a new rule is deployed, we monitored the performance of the rule. For example,

Based on implementation, each rule had dependency with other rules. For example, if Rule 1 is fired, we should not continue with Rule 2 and Rule 3.

As a result, we couldn’t  keep each rule evaluation independent.  We had no way to observe the performance of a rule with other rules interfering. Consider an example where we change Rule 1:

From IF a credit card has been declined today

To   IF a credit card has been declined this week

When it comes to the of A/B testing of a new rule, Data Scientists need to put a lot of effort into cleaning up noise from other rules, but most of the time, it is mission-impossible.

After several misfiring events (wrong implementation of rules) and ever longer rule development time (weekly), we realised “No one can handle this manually.“

These two categories are essentially divided into two independent components:

Based on these findings, we got started with our Data Orchestrator (open sourced at https://github.com/grab/symphony) and Griffin projects.

The intent of Griffin is to provide data scientists and analysts with a way to add new rules to monitor, prevent, and detect fraud across Grab.

Griffin allows technical novices to apply their fraud expertise to add very complex rules that can automate the review of rules without manual intervention.

Griffin now predicts billions of events every day with 100K+ Queries per second(QPS) at peak time (on only 6 regular EC2s).

Before we decided to create our in-built tool, we did some research for common business rule engines available in the market such as Drools and checked if we should use them. In that process, we found:

Given the above constraints, we decided to build our own rule engine which can better fit our needs.

The diagram depicts the high-level flow of making a prediction through Griffin.

How You can Create Rules Using Griffin

In an abstract view, a rule inside Griffin is defined as:

We allow users (analysts, data scientists) to write Python-based rules on WebUI to accommodate some very complicated rules like:

This significantly optimises the expressive power of rules.

To match and evaluate a rule more efficiently, we also have other key components associated: 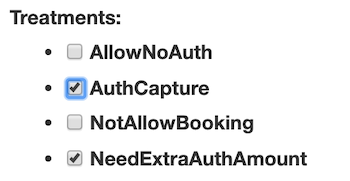 For example, the graph below demonstrates a checkpoint PaxPreRide associated with three treatments: Pass, Decline, Hold

Values of a rule When a rule is hit, more than just treatments, users also want some dynamic values returned. E.g. a max distance of the ride allowed if we believe this booking is medium risk.

We picked Python to enjoy its great expressive power and neatness of syntax, but some people ask: Python is slow, would this cause a latency bottleneck?

Our answer is No.

The following graph shows the Latency P99 of Prediction Request from load balancer side (actually the real latency for each prediction is < 6ms, the metrics are peaked at 30ms because some batch requests contain 50 predictions in a single call).

What We Did to Achieve This

The following screenshot is the process snapshot on C5.large machine with 2 vCPU. Note only green processes are active.

A lot of trial and error performance tuning: 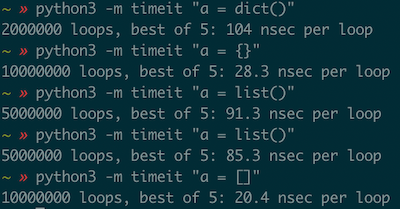 One of the most popular aspects of Griffin is the WebUI. It opens a door for non-developers to make production changes in real time which significantly boosts organisation productivity. In the past a rule change needed 1 week for code change/test/deployment, now it is just 1 minute.

But this also introduces extra risks. Anyone can turn the whole checkpoint down, whether unintentionally or maliciously.

Hence we implemented Shadow Mode and Percentage-based rollout for each rule. Users can put a rule into Shadow Mode to verify the performance without any production impact, and if needed, rollout of a rule can be from 1% all the way to 100%.

We implemented version control for every rule change, and in case anything unexpected happened, we could rollback to the previous version quickly.

Griffin evolved from a fraud-based rule engine to generic rule engine. It can apply to any rule at Grab. For example, Grab just launched Appeal automation several days ago to reduce 50% of the  human effort it typically takes to review straightforward appeals from our passengers and drivers. It was an unplanned use case, but we are so excited about this.

This could happen because from the very beginning we designed Griffin with minimised business context, so that it can be generic enough.

After the launch of this, we observed an amazing adoption rate for various fraud/safety/identity use cases. More interestingly, people now treat Griffin as an automation point for various integration points.